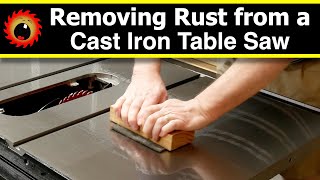 I had some rust on the cast iront top of my table saw, so I removed the rust and waxed my table top. This video shows how I did it.

Woodworking Distractions, ADD and my StupidStop 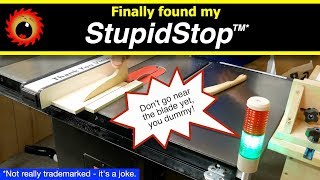 Ways to limit distractions while woodworking, including my StupidStop light tree for a SawStop table saw. 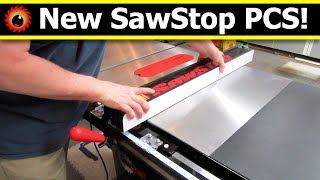 Introducing my new SawStop PCS. I show how I got it home and unboxed it, assembled it, set it up, and calibrated it. I give a tour of the saw, and I also show how to clean and wax the cast iron table top.

SawStop Saved My Thumb! What Happens Next? 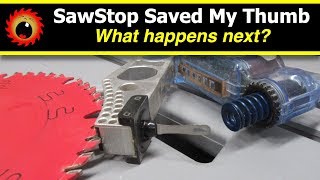 What happens after you trigger a SawStop brake? I'll show you! And I'll also show you how I check my blade's alignment. 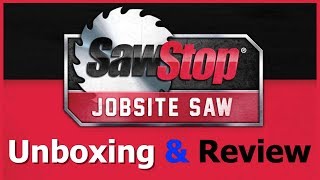 I bought a SawStop JobSite Table Saw about 5 months ago. I shot video of the unboxing process, and now, 5 months later, I'm releasing that footage, along with a thorough and in-depth review of what this saw is like, after having used it for 5 months. 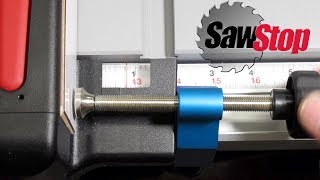 I just got as new SawStop JobSite table saw, and I was having a few problems "sneaking up" on cuts, because the fence kept moving when I unlocked it. So I came up with a way to use a tool from Rockler to both keep the SawStop's fence in place when I unlocked it, and to be able to micro-adjust the fence position.