Remember in yesterday’s post, how I said I was so close to having a mistake-free day? Turns out, not so close after all.

Last night, after I uploaded yesterday’s post, I glued on the other face stile. This morning, I took off the clamps, and realized I had made a big mistake.

The stiles are supposed to be flush with the drawer risers, and I forgot. 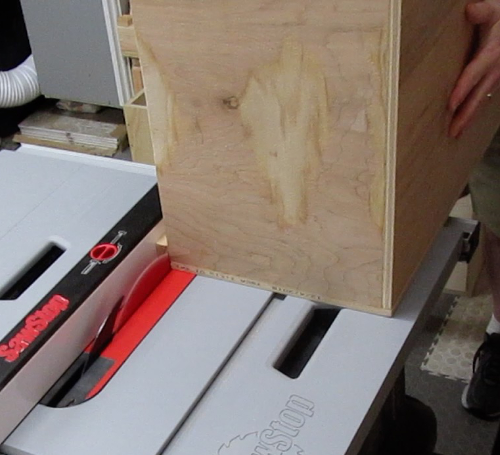 There were probably other options, but I decided to cut the stiles off. 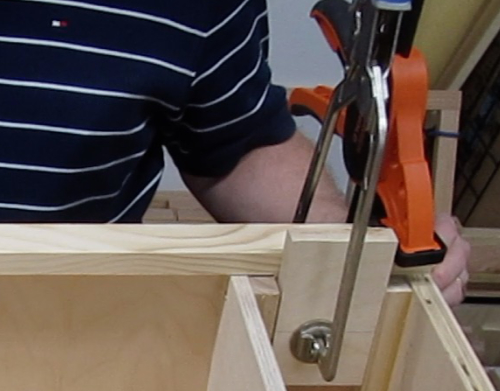 This time, I clamped a guide in place, to make sure the stiles were flush with the drawer risers.

I glued on the top and bottom face rails.

When I got ready to glue on the middle face rail… 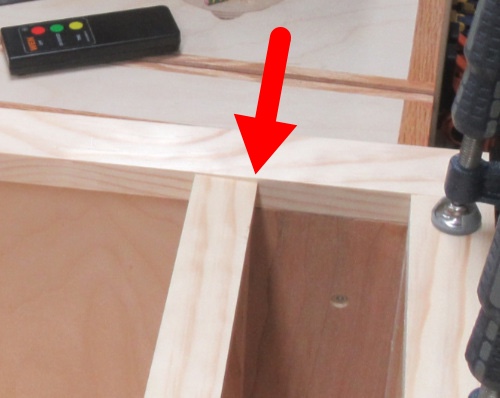 …I discovered that the drawer shelf was shy of the front of the cabinet, which meant the middle rail would be significantly below the stiles.

The benefits of being a screw-up 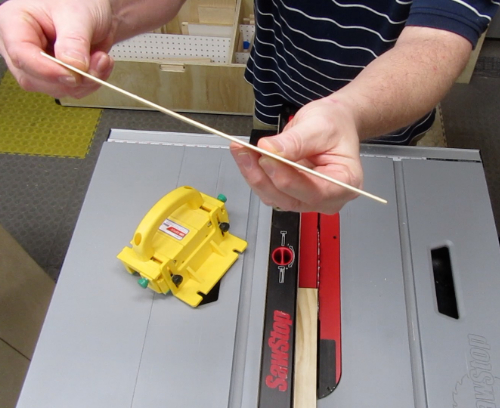 One of the advantages of making mistakes constantly, is that I’ve learned to think on my feet.

I managed to cut some thin strips about the right size to bring the rail level with the stiles.

I glued the strips onto the rail… 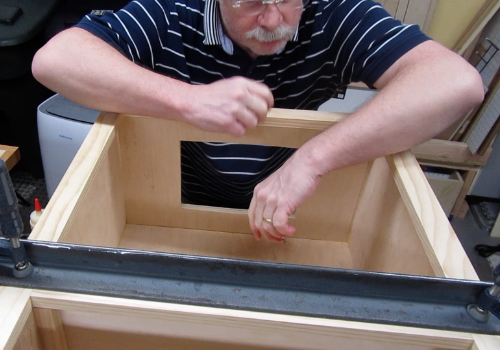 …and glued up the rail.

I used a piece of angle iron to act as a clamping caul.

I put packing tape on the angle iron to protect the rail from damage, although in looking at this picture, I can see I didn’t put the side with the packing tape on it against the rail. So that did a lot of good. 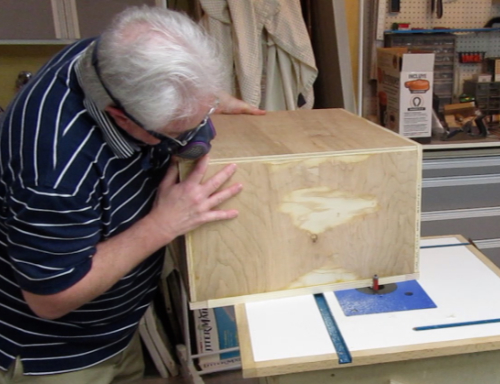 I needed to use a flush trim bit to trim the excess from the stiles and rails, but after my router accident a year and a half ago, any chance I can avoid using a handheld router, I’ll take, even if it is a little cumbersome. 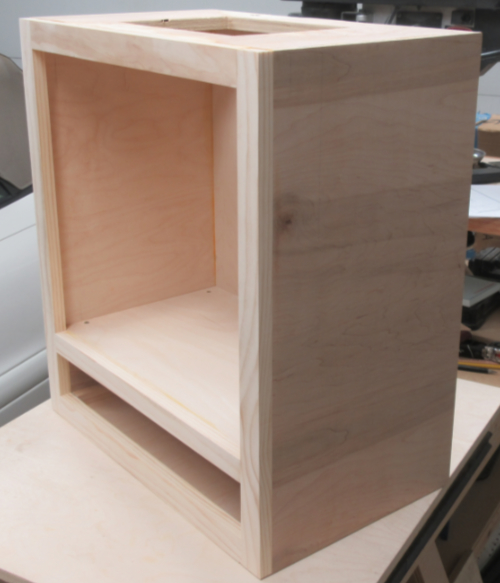 With the stiles and rails out of the way, I can move on to the next part of the project, tomorrow.