Older: "Inside the mind of a YouTuber" Newer: "My love affair with Baltic Bir..."

This post will be a little schizophrenic today, with several disparate topics. And if I’m using “schizophrenic” and “disparate” in the first sentence, you know we’re in for a strange ride.

NOTE: This is my second post today. If you missed the first, just use the buttons above to go to the older post.

I went out today to buy the stock for the Benchtop Router Table for Steve Ramsey’s “Powered Up” online course. And it took way longer than I expected it to.

The problem is, neither Home Depot I went to had any. And neither did my local lumber store - I suppose it’s possible they just don’t cary pine plywood, but I kind of doubt it.

So I was presented with almost the same exact choices between both Home Depots and my local lumber store (which of course had a larger selection, but not of the kind of plywood I wanted). My local lumber store was cheaper, so that’s where I bought the plywood.

This is the pine plywood left over from the last project. Not horrible. No real noticeable defects. And both sides look good.

Here’s what I was stuck with today, for $15 more. And only one side is “presentable”.

And yes, I know that “paint grade” means you’re gonna paint it, but my point is I spent more money on something I didn’t really want, and it doesn’t look as good as what I had before.

I don’t have dyslexia. I have ADD and Depression, but not dyslexia.

Why am I mentioning this? Because I wonder if I have a condition similar to dyslexia. Let me explain.

For example, I just came in from the garage, where I was cutting out pieces for the router table, from 32” x 48” sheets of plywood. The very first cut I made was wrong. I cut the long side of the piece from the wrong part of the sheet. Fortunately, it’s salvageable.

But I do this constantly. Often enough for me to think it’s not just a lack of attention, or something like that. I think my ability to perceive spatial orientation is flawed somehow.

If you happen to know of any conditions like this, let me know. Because if I have a known condition, then people have probably come up with ways to help work around the limitation.

For starters, I’m going to start marking up the entire sheet before I make even one cut, then compare it to the cut sheet and make sure I’ve marked it correctly.

If you’ve got any other tips, let me know. Thanks!

So I went back out to the garage, and I marked up the next sheet before I made my cuts. Here’s a picture, and I really messed with exposure and all sorts of things, so you could at least kind of see the pencil marks: 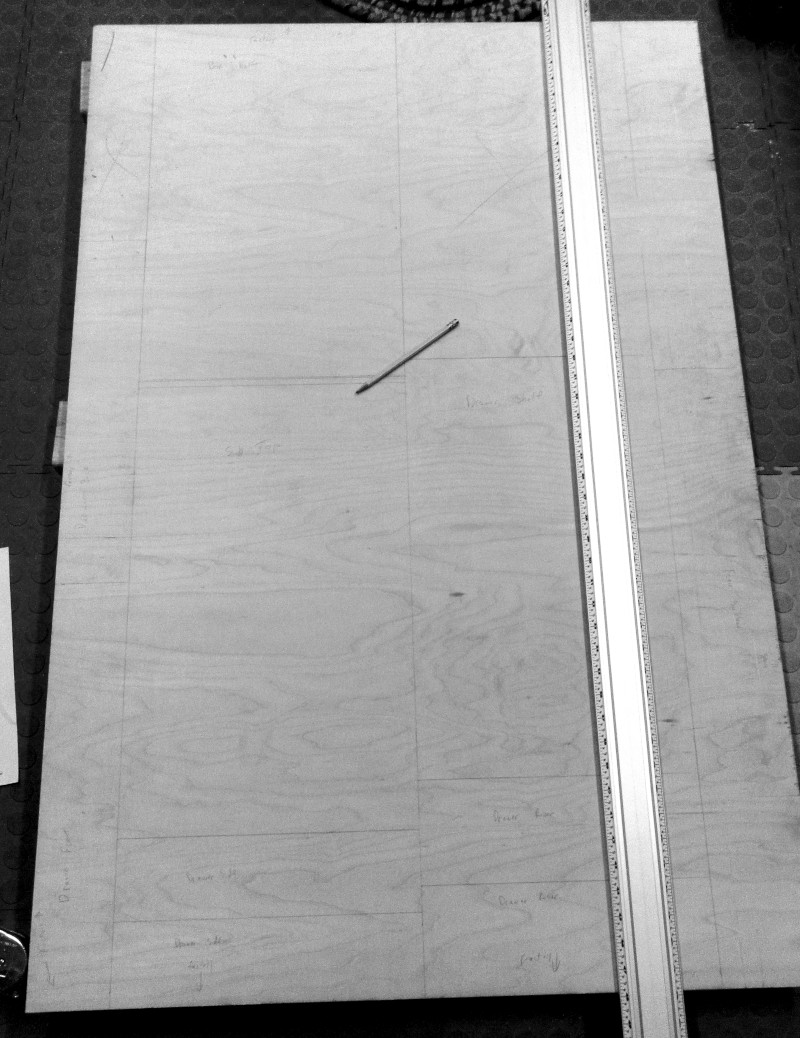 And what do you know! It worked! 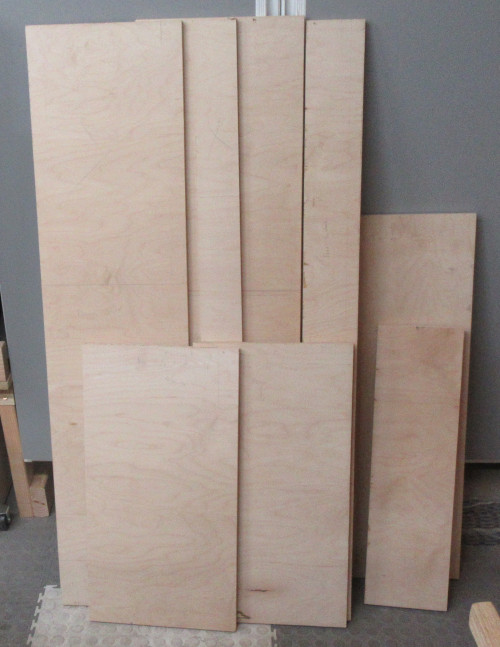 I’ll do the rest of the cuts on my table saw.

So, maybe marking up the sheets thoroughly before making any cuts is the answer. Time will tell.

Older: "Inside the mind of a YouTuber" Newer: "My love affair with Baltic Bir..."