I’m not sure if this is a review of a portion of Steve Ramsey’s “Powered Up” online course, or a rant from someone who’s just frustrated. Also, to be clear, Steve is a better YouTuber than I’ll ever hope to be, but that doesn’t mean I can’t criticize, right? I mean, I’d criticize myself in the exact same way, so why cut Steve some slack?

As I mentioned in today’s earlier post, I’ve been trying to attach the doors to the cabinet using piano hinges: 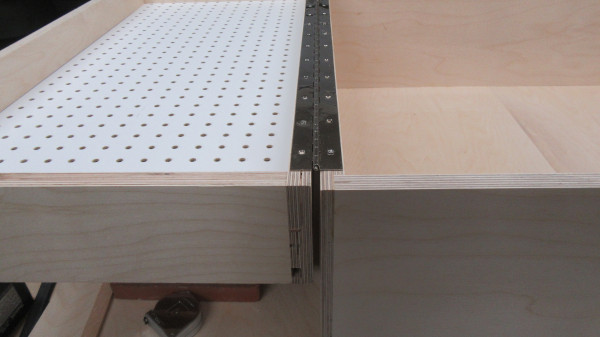 Steve tells us to cut a mortise half the thickness of the closed hinge, in the door stile only, not the cabinet (my SketchUp pic, not Steve’s): 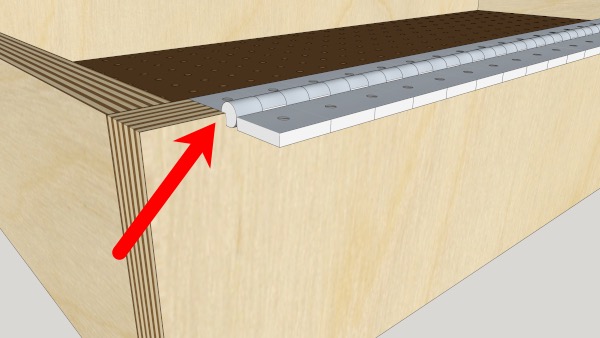 And he tells us to have the door right next to the cabinet, with no gap between them, when we attach the screws (again, my SketchUp image, not Steve’s): 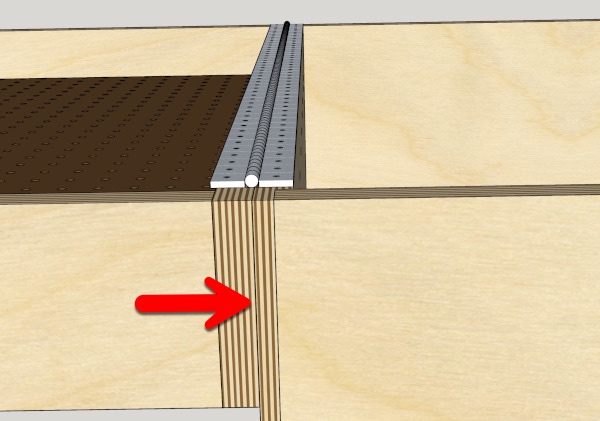 The problem is, when I follow Steve’s instructions, this is what I end up with (sorry for the out of focus image): 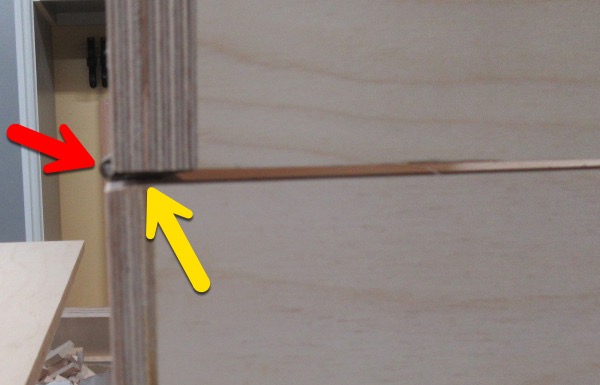 The door and the cabinet don’t align vertically (red arrow), and there’s a significant gap between them (yellow arrow).

But if I separate them a little when I attach the hinges, like this:

They line up perfectly, vertically: 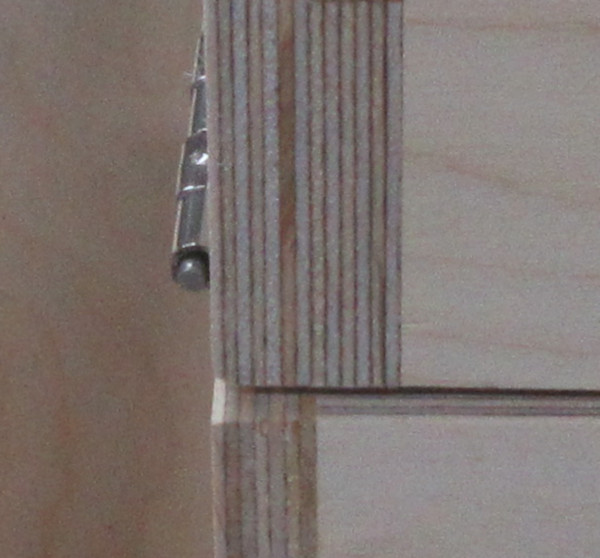 And if I cut a mortise in the cabinet also, that eliminates the gap between them (sorry, no pic).

So here’s my rant:

This is the exact sort of thing that would happen to me regularly, when I tried to follow someone else’s build video, a couple of years ago. And it’s the reason I started my YouTube channel. I wanted to make sure that I explained things in a way that helped people understand why it worked a certain way, and what to do if it didn’t work for them the same way it worked for me.

In Steve’s video, when he’s explaining how he cut the mortise, he explains briefly how to use the trim router, if you don’t know how to use it. So, Steve clearly doesn’t mind explaining things with the assumption you might not know how to do it right.

So why can’t he explain the “secrets” to how to get these things to work right? Why am I getting different results, even though I followed hist steps exactly? If I made the video, I’d explain those things. Especially if I was charging this much money.

When he puts his cabinet back into the back rabbets, it fits so perfectly he has to use a mallet to get the back all the way in. Like I said, it’s basically a perfect fit.

I’m willing to wager that the vast majority of people who built this cabinet did not end up with a back that fit this perfectly. So why did his work so well? WHAT’TS THE SECRET?

I make it my goal, in my YouTube videos, to share the “secrets” as much as possible. I don’t want people to struggle like I did (and still do).

Is it too much to ask for Steve to do the same thing, in a course he charges for? What, exactly, am I paying for?

I know I’m not the only one who struggled with this. In the private Facebook group, there are people who have posted the same sorts of questions. With no answers from Steve. People just do their best to help each other, which is awesome, and I love the Facebook group.

But how about some help, Steve?

OK, I’m done for now. This was definitely a rant. But that doesn’t make it any less of a valid critique.

I’m going to feed my disillusioned self, and call it a night.