I’m starting to question the structural integrity of the changes I’m making to this cabinet. What, you thought I was questioning Steve’s integrity? Perish the thought! I don’t know Steve personally, but he strikes me as having boatloads of integrity. It’s my choices that are under scrutiny here.

This is what the cabinet looks like, preparing for glue-up: 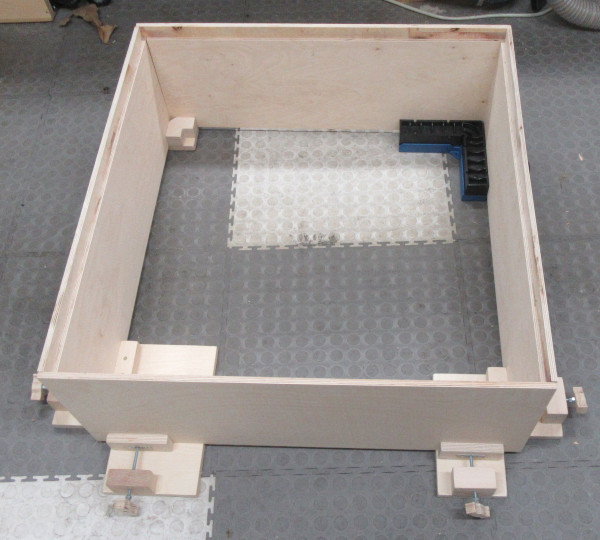 I’m using two of my standard-size corner clamps, one of my small ones, and one from Rockler, to hold it together.

But as I said, I’m questioning that logic now.

As I see it, I have two choices. I could add non-removable shelves, like Steve’s plans specify.

Or, I could bust out my box joint jig, and use box joints.

Hear me out before you say I’m crazy. I used box joints on the bottom drawer of my router table (there is no top drawer yet): 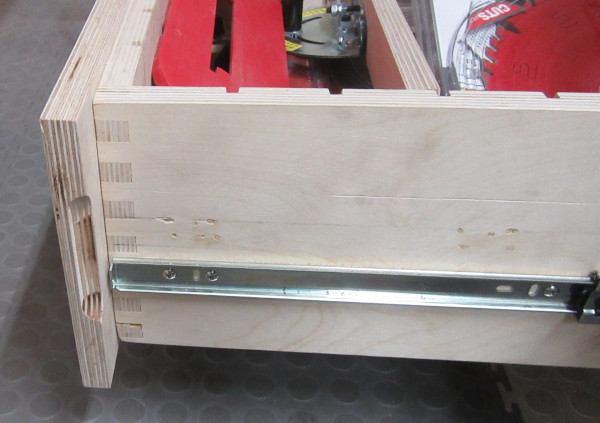 This drawer is 8” deep, and the cabinet as it stands right now (or rather, as it lies down right now) is 11 3/4”, but the box joints would probably only go through about 10 1/2” of that. I think my box joint jig can handle that width. I’ll obviously have to run some tests to be sure.

So I’m going to close up shop for the day, and think about it.

Let me know what you think!!!!