I’m finally starting to do actual work on Steve Ramsey’s “Powered Up” online course. Here’s some of my thoughts and impressions so far. Both the good and… the could be better.

As you may remember from a previous post, the first project is a multi-purpose shop cabinet. So that’s what I’m working on now.

The Good (in no particular order)

The Could Be Better (in no particular order)

So I’ve got my four panels cut for the cabinet, along with the rabbets: 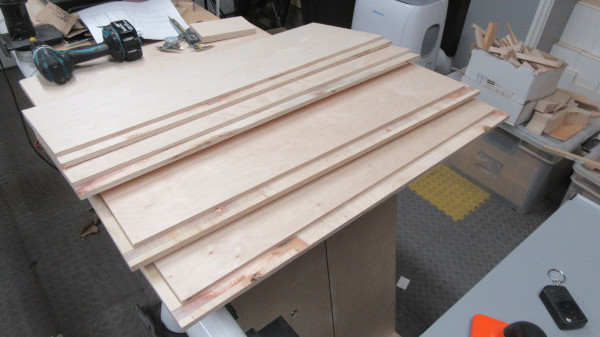 I’m going to try and glue them up next. Hopefully that’ll be the next post.