Older: "No scheduled posts this weekend" Newer: "Quick Update, and a Troll Sigh..."

If you saw my most recent video, or you’ve been following along in this blog, you know I replaced my SawStop JobSite Saw (JSS) with a SawStop Professional Cabinet Saw (PCS). People have been asking me why I did it. I’ll be putting out a video explaining it, but until then, I thought I’d give you an explanation here.

If I don’t answer all your questions here, please leave comments below, so I can make sure I explain everything in the video. Thanks.

By the way, if you haven’t been following along in this blog, you might want to go back to my first post on the subject and read forward, so you can catch up.

The JobSite Saw is a fine saw

Before I go on, I want you to know that I think the SawStop JobSite Saw is a fine saw, and I recommend it. If you decided to buy it, I don’t think you’d be disappointed. Although I recommend you watch my review on the saw before you buy it.

The main reason I bought the PCS

The main reason I bought the PCS was because I can afford it, thanks to all of you who watch my videos, and buy from my Amazon links. In a way, you all bought it for me.

I don’t make a ton of money doing these videos. I certainly don’t come close to making enough to quit my day job, if I wasn’t already retired. But last year you guys bought me a new computer, and this year you bought me this saw. Thanks, everyone, that was so thoughtful of you! 😛

So like I said, I bought it because I could. (And I figured out how to fit it in my workshop, but I’ll explain that in the video.)

The reasons I almost didn’t buy it

I’ll quote from another blog post, where I thought I had decided not to buy it:

There’s a lot of reasons, one of them being I don’t want to deal with a 4” dust collection port.

You might say “But you’ve got a SawStop already, and people think of that as high end”. The biggest reason they know it’s a SawStop is because the fence says “SawStop” on it. I know the table top says it also, but it’s not as obvious. So what am I going to do about the fence?

So what changed my mind?

But the biggest reason is I discovered that my plan for building a new fence wouldn’t work. I hadn’t taken into account the sliding rail and clamp that allow you to open the extension. My fence plan just wouldn’t work with those.

And the SawStop freebie deal, too…

This month, SawStop had a deal where if you bought the PCS, you could get a free mobile base, or free overarm dust collection system. I got the mobile base, worth $250. So that was the incentive for buying it now.

So I need your help

I want to cover up the top of the fence that says “SawStop”: 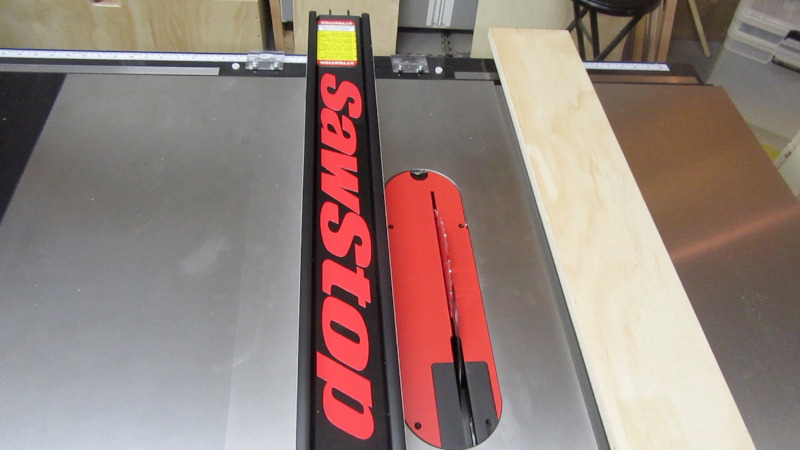 I want to put a message of some kind on the fence that lets people know “you don’t need high end equipment”. But I can’t use a lot of words, because you won’t be able to read it.

Here’s one idea, but it’s not clever, and I’m not thrilled with it: 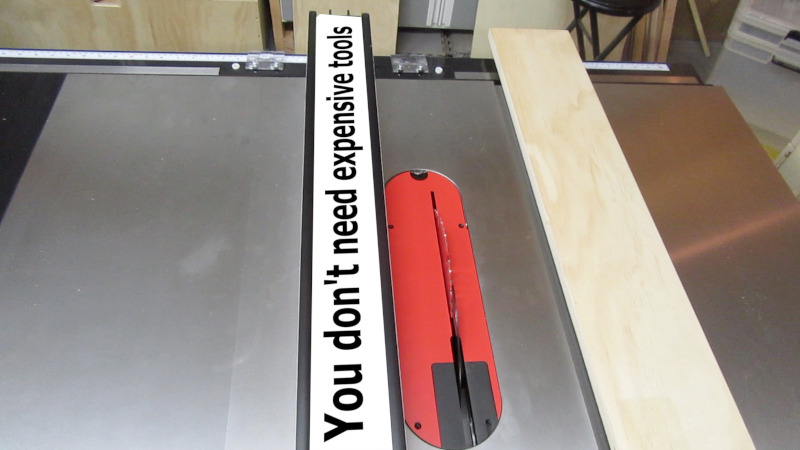 Of course, I’d like my logo on it also, so that makes the text smaller: 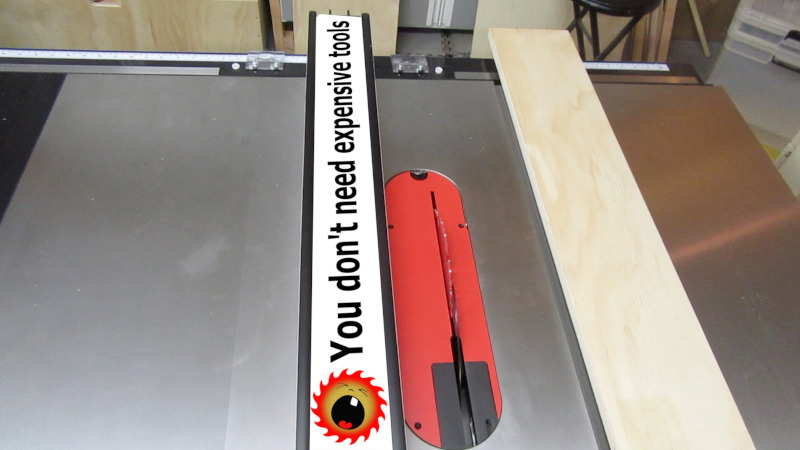 Older: "No scheduled posts this weekend" Newer: "Quick Update, and a Troll Sigh..."