There was an interesting post in the SawStop Users’ Group on Facebook, by Owen Howlett. I asked him if I could share it in my blog and he graciously said “yes”. I’ll try to do it justice here by copying and pasting, but I’ll also ask Owen to comment on the post once it’s up. If I make any changes, I’ll modify the title or something so you know there’s new info.

I thought you all might find this amusing or maybe even useful. I have a really small shop so I wanted to fit a dust cyclone underneath my Sawstop. The big DustDeputy didn’t fit, and the small one didn’t have enough capacity, so I figured I’d use four!

They’re mounted on an MDF box with handy windows in the ends so I can see whether it’s full. And the cyclones are linked to 2.5” hoses via 2” ABS connectors. Then it wyes back into a 4” hose.

Initial tests show that it’s picking up the dust, but I’m interested to see whether some cyclones get more than others…

Here’s the first set of pictures: 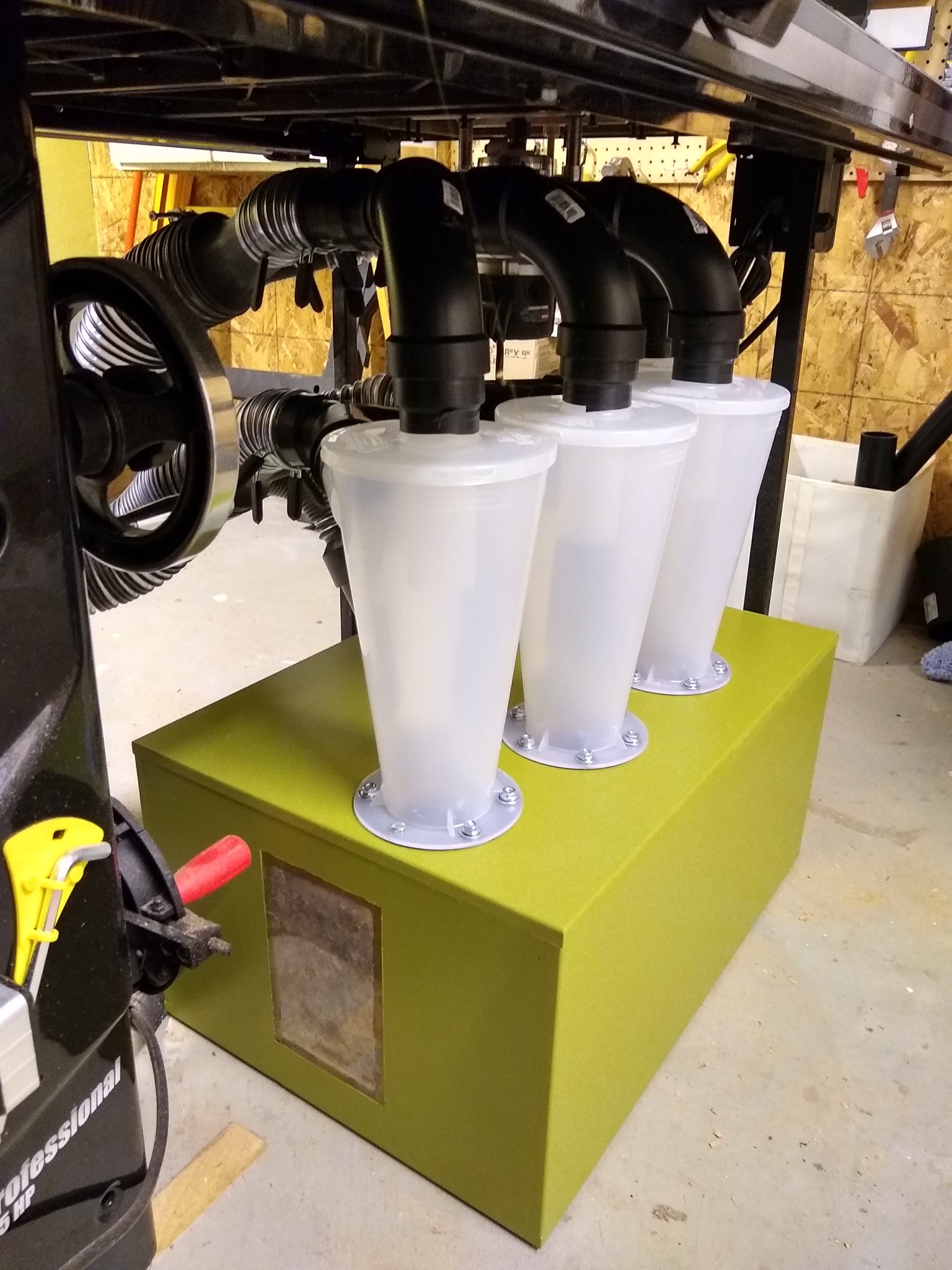 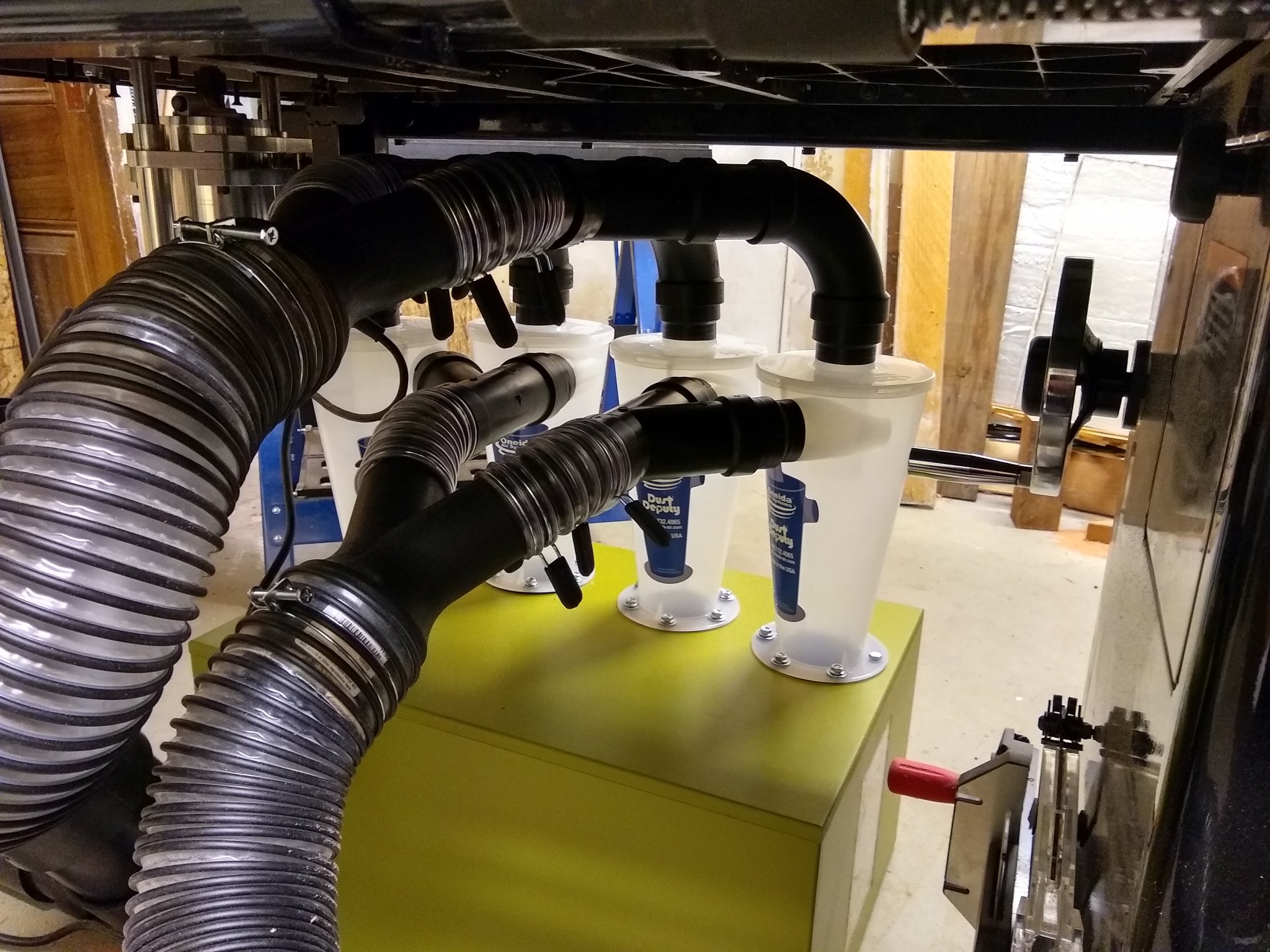 Byron Brummer In theory, if Dyson’s science is correct, you should get better separation performance with that setup than with a single big cyclone. And the setup looks slick, I dig it!

Owen Howlett So, more small cyclones are better than one big cyclone? I didn’t know that. I kind of figured they might be better, because cyclones seem to rely on the internal surface area to slow down and drop out the dust, so smaller cyclones = more surface area = better collection…?

Byron Brummer According to Dyson’s write-ups the idea is the smaller the cyclone diameter the faster the air spins, which increases centrifugal force on the particles increasing separation rates. That’s why they build their vacuums with more and more smaller cyclones. The newest models have a cluster of a few dozen tiny cyclones and almost nothing gets to the final filter.

I’ve been wanting to try scaling the idea up to see if it holds at shop DC scale so I’m very curious how well your design works out.

Owen Howlett Aha, of course, centripetal force F = mr(omega^2), so because the force increases with the square of angular velocity (omega) but only proportionally with r, smaller cyclones exert bigger forces than large cyclones. Whaddaya know?

Owen Howlett Here are some photos showing how the lid works; it’s just a 3/4 piece of MDF with a rabbet around the edge so it fits snugly into the top of the box. I wanted the lid to be heavy so the weight of the hoses wouldn’t tip it over.

It’s connected to a 1hp grizzly wall mount vacuum. The Grizzly pulls up to 540 cfm and the Dust Deputies need at least 50 each, so I figure they re a good match. 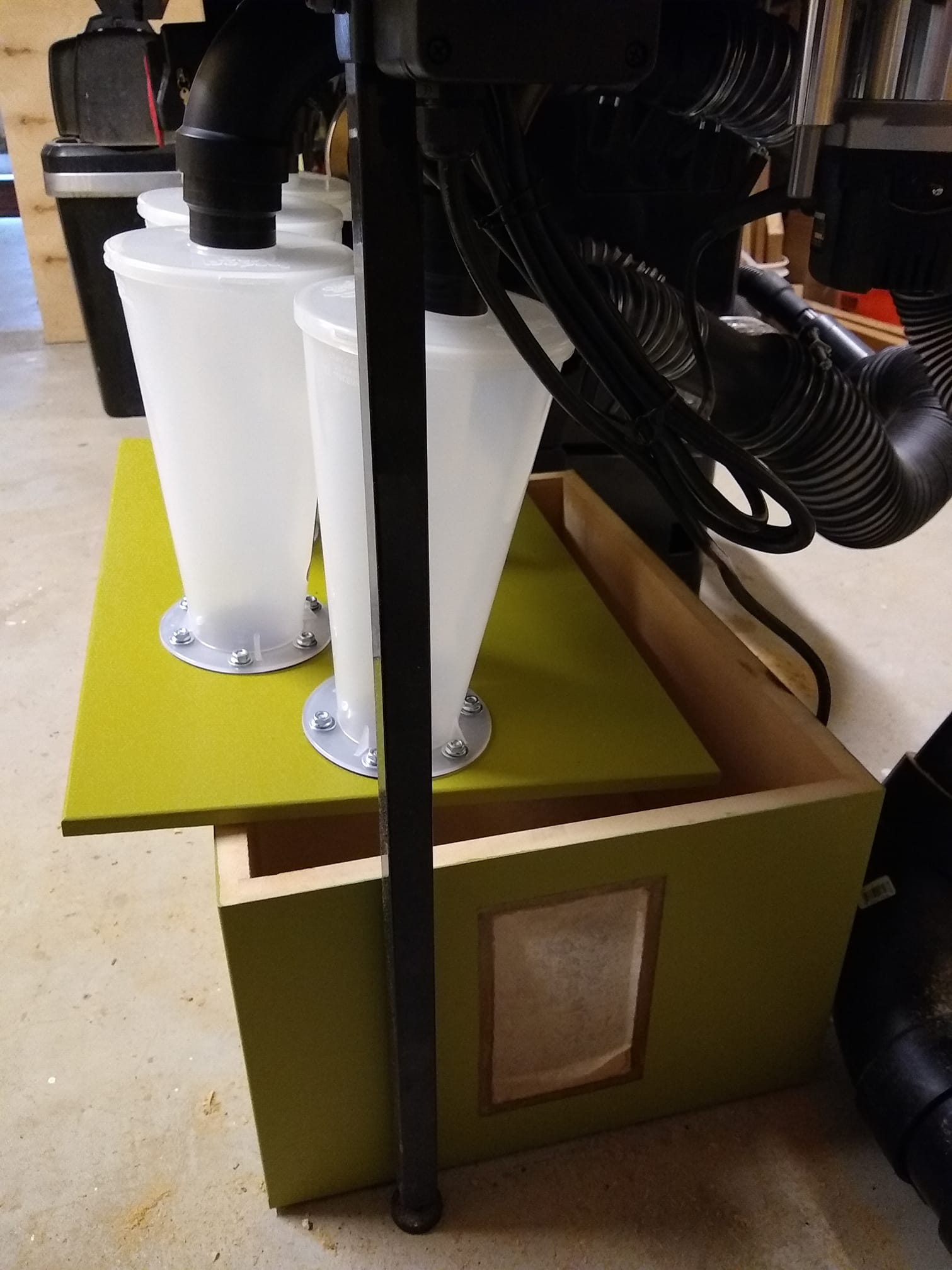 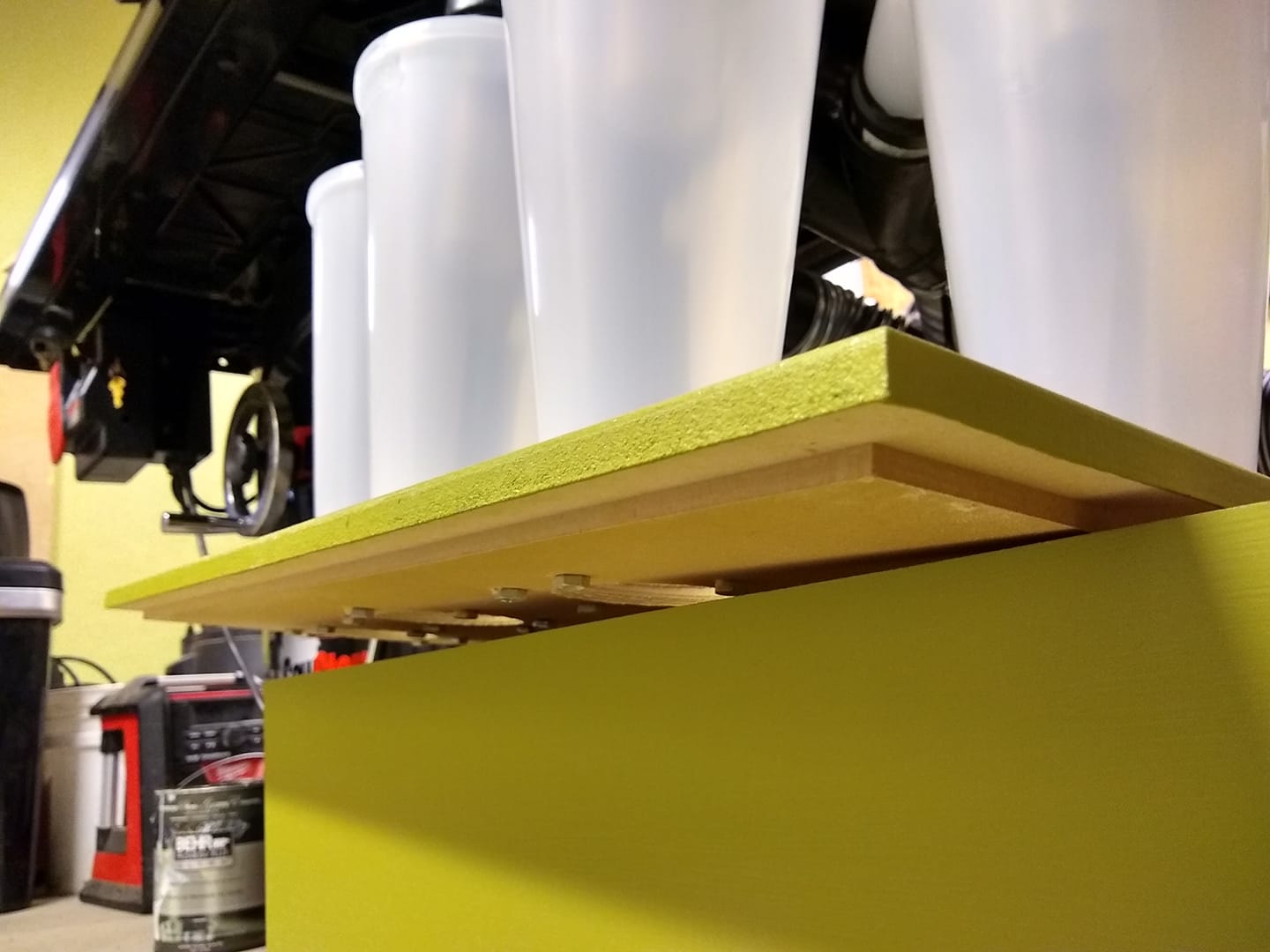 Owen Howlett [snip] in terms of construction, the layout of the cyclones was determined by the ABS connectors. So I connected them all up and then traced the outlines of the cyclone bases on to the MDF, then cut the 3” holes and the 1/4” bolt holes. Then I cut the MDF down to the smallest rectangle that would fit around all those holes The cyclones aren’t symmetrically laid out, because the input connectors are off to one side.

If you have questions, go ahead and leave a comment below. I’ll see if we can work out a way for Owen to get notified of your questions, but don’t be surprised if you don’t get a response right away, if at all.